Man United 3 Sunderland 0, September 26th: Top of the league and a milepost

So here we are. It’s taken two years, United 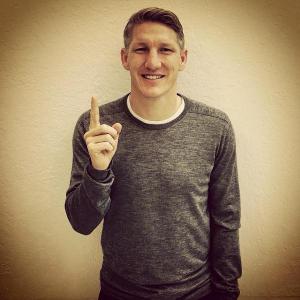 are back at the top of the league.

Eleven players from Saturday’s match day squad of 18, are league leading newbies. The size of the transformation encapsulated in a teamsheet.  Add Van Gaal and his Dutch assistants and it’s staggering.

We’ve all watched and sometimes winced at the changes. The failed transfer attempts for Bale, Muller, and others. The Falcao and Di Maria experiments.  We all recognize it’s not buccaneering, cavalier, heart in your mouth Ferguson Football that’s topping the league, but Van Gaal’s calm, methodical, patient, planned game.

Yet this is a milepost and an initial return on the millions spent and huge turnover in players, and staff. Yes United have the resources, fanbase and business organization, but we should all savour that top spot and not least Van Gaal.

You can only imagine the sense of relief behind the scenes at Old Trafford late on Saturday.

So what happens now? Football is unforgiving. Wolfsburg on Wednesday. Arsenal away next Sunday. It could be a brief visit to the top spot, as Van Gaal said after Sunderland

Chelsea’s current decline. and City’s slump are indications of how things will change. However you don’t get to the top of the league without doing something right. Mata was terrific Saturday. Martial looks a steal. Schweinsteiger delivers calm authority. Blind just keeps on being a good footballer. Smalling is dominant. Enjoy it.

In the meantime spare a thought for Luke Shaw. 2 responses to Man United 3 Sunderland 0, September 26th: Top of the league and a milepost