Not a lot to complain about if you’ve accepted Van Gaal’s philosophy and the limitations of the squad. As expected Pulis parked the blue and white striped bus and hoped to sneak a goal on the break like last season’s victory. But here’s where it gets interesting. In amongst the yells for “attack, attack, attack”, in among the dire stats of shots on goal, United are effectively parking their own bus. It’s now nine hours since a goal was conceded and any coach will happily tell you good teams start with defence. If not quite a fortress Old Trafford is a much harder place to visit again. United’s defensive organization, Smalling’s enormous improvement, and the screening midfield players mean United are no pushovers at home or away. (Let’s leave the Arsenal result as a blip). 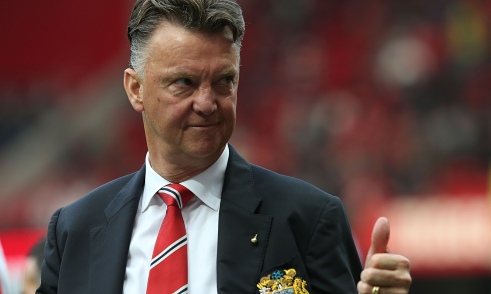 Earlier this week after the Champions League win over CSKA Van Gaal again reflected on some of the recent criticism.

“I still think we have improved, but we have to wait and see when this process is complete, if we are champions, because that is our aim.

“It could have been last year or maybe, in my opinion, it can be also this year. But we have to score more goals, I agree with that, but only one more than the opponent. That’s what I am thinking.”

He can be a funny guy Louis, even when he’s talking about the process.

Overall I thought the team played well yesterday. They looked a bit sluggish in the first half, but any team does when confronted with opposition who set up to frustrate and deny. Gradually United’s patience paid off,

Earlier this season I wondered if the club hesitated on the deal for Pedro because Van Gall saw something in Jesse Lingard, and yesterday his goal was obviously the match highlight. The composure to take a touch before the pass/curl finish was very impressive. 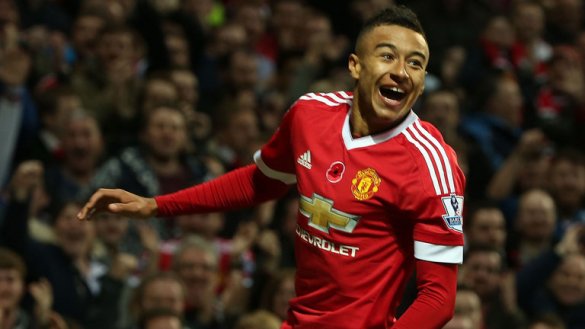 Will he become a fixture is another question. In my book his touch, tenacity, courage and willingness to work put him streets ahead of Memphis/Depay. A run in the side would bring more confidence, but can he take the next step to becoming a player who can help win the game’s biggest prizes? That remains to be seen. #mufc #mufcfamily