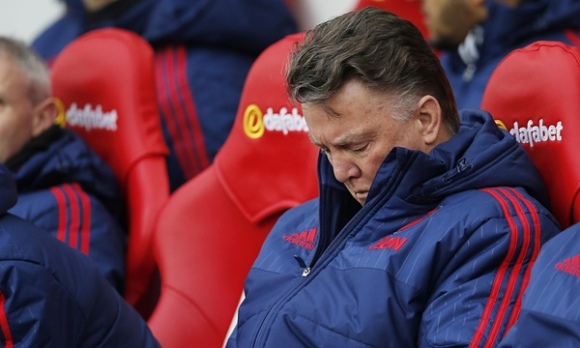 Now then. Where do we go from here? What a week. A New York shareholder meeting displayed the spectacular financial state of the club and a very bad second half at Sunderland illustrated how poor the team can be on the pitch. Meanwhile we watched an organized, balanced, spirited Tottenham demonstrate why some pundits now pick them to win the league as they deservedly beat City; Arsenal and Leicester play what might be the game of the season; Liverpool humiliate Villa and Chelsea return to form.

United now have a slim to none chance of the 4th place Premiere League finish guaranteeing the Champions League. That 4th place depends upon City continuing their slump, and United finding some ever elusive consistent Premiere League form or winning the Europa League, and as Van Gaal says:

“After this match, the Europa League is our best route to the Champions League but it will not be easy because there are so many good teams.”

Tottenham, Liverpool and a host of good Spanish, Italian and German teams are in the way in the Europa League, and my friend John is, to say the least, pessimistic:

Goodbye Champions league. Hello trying to win the Europa. That won’t happen either so the transfer war chest we read about yesterday will be largely irrelevant without a CL entry. United have wasted two seasons worth of money and goodwill and even the special one may be having second thoughts!

Ah yes Mourinho. I really don’t want him. United are not an instant fix. The repair job will not be solved by a Special One and some big money buys. It’s a much, much, much bigger overhaul and reconstruction. This week the club said “goodbye” to long time youth team coach Paul McGuiness. The much vaunted review of academy and youth scouting is finished. Yet Oxford City manager Michael Appleton is reported to have turned down the job of replacing Brian McClair as Academy Director. What does it say when one of the game’s bright young minds says “no thanks” to United?

Then there’s a medical staff not rated all that highly, and obvious questions about scouting. Other teams have found quality players either as out and out bargains or good value acquisitions. Here’s just a few that played in the big games this weekend:  Alli, Dier, Rose, Eriksen, Dembele, Alderweireld, Vardy, Mahrez, Kante, Bellerin, Ramsey, Monreal, and even Sanchez.

We should all get real. We’ve been spoiled. United are a commodity not a football team.