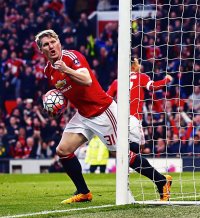 Brilliant Payet free kick, rotten refereeing by Atkinson to have Payet available to take it after his dive to try and win a penalty. Terrific Martial goal, but maybe justice was done because Big Ass Schweinsteiger used all his smarts to take out the West Ham goalie who might have saved Martial’s effort but for the German’s well positioned bum. So United live to fight another day and cling to life in three competitions.

Now let’s try to put a little perspective on this grand opera of a season so far. There is a real possibility the Premiere League top 4 will be Leicester, Tottenham, West Ham and Liverpool. No United, Chelsea, Arsenal or City. What big four? What pre-season predictions? Arsenal deservedly knocked out of the FA Cup at home by Watford, barring a miracle out of the Champions’ League by mid-week, are truly struggling in the league. City are out of the FA Cup, should qualify for the next round of the Champions’ league but are in serious danger of missing the top four. And in the past 7 days last year’s champions Chelsea went out of the Champions’ League and the FA Cup, and may finish just above half way in the league. Football bloody hell.

And while Arsenal’s fans bemoan Arsene Wenger, United’s fans and most of the media are unanimous in their support that Jose Mourinho should be announced as the next United manager asap. 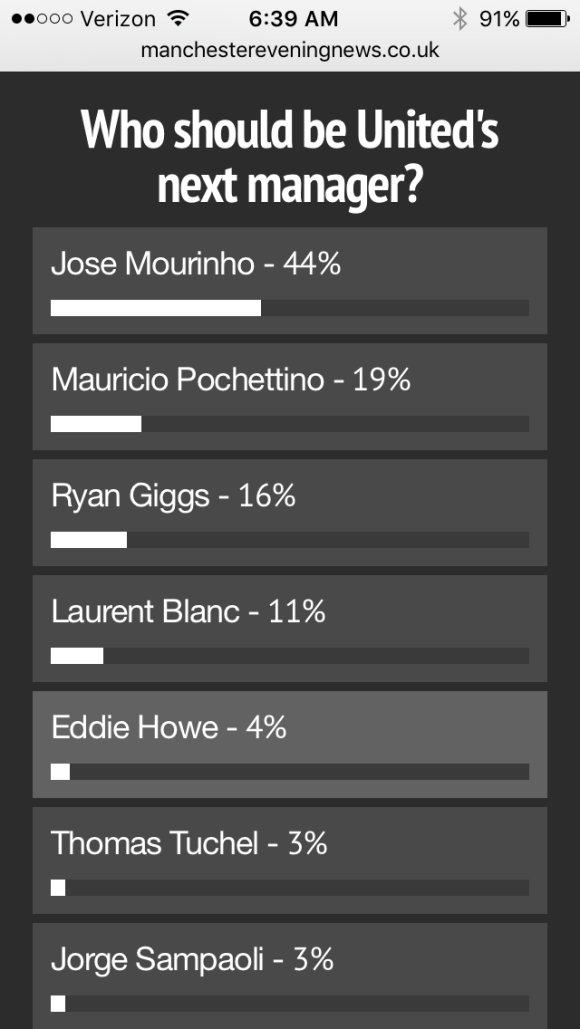 I just don’t get it. Mourinho must be responsible for Chelsea’s downfall this season,  is everyone forgetting Chelsea fired him? Take your pick. There’s the Dr.Eva Carneiro debacle, player disillusionment and revolt, Mourinho’s now traditional third season team failure and psycho-meltdown, or all of the above? There are rumors many of the current United squad want out if he’s appointed. The fans and media maybe mutinous but, again, for me he’s not the right guy.

My mantra for all season has been: take Van Gaal for another season, if only because of the stability he brings and because it’s very, very difficult to find someone who is going to instantly re-establish United as England’s dominant force.

Meanwhile Van Gaal and United enter probably the most pivotal two games of his tenure. An against the odds home win against Liverpool in the second leg of the Europa Cup on Thursday,  followed by a win at City on Sunday would pour an ocean of cold water on the crusade to sack the Prophet of Process. Two losses, however, should end all the speculation and force Woodward to put us all out of our misery by announcing the club’s plans for next year.