I was very lucky to get a ticket to the Cup Final, and had a wonderful time before, during and after – except I can’t shake off a lingering sadness over the way Louis Van Gaal was sacked. Sure you have the right to fire a manager you believe is taking the club in the wrong direction; sure you can plot who will replace him, that makes good business sense. But the months long saga and the not so coy dance with Jose Mourinho’s agent Jorge Mendes, coupled with “someone” leaking the news of Mourinho’s imminent appointment and therefore Van Gaal’s sacking about 50 minutes after the Cup Final ended smacks of bleak times ahead again, Ed.

Who will really run United now? You, Mourinho or Mendes?

Of course you’ll still be the money guy signing up the sponsors, because as you once said:

‘All we’re doing is selling diamonds. We don’t make the diamonds. The diamonds have been made by the 135-year history of the club and the players. We just set up the right structures to sell it.’

But who takes care of that 135 year history and tradition of the club?

Listening to a radio interview on the ride home from Wembley Paddy Crerand gave both barrels to the BBC reporters who broke the story of Mourinho’s appointment. “Where did the story come from?” an indignant Paddy kept asking. Obviously the reporters couldn’t say: “Well Paddy, we got a call or a text, or a What’s App message, or whatever, from Mr.Mendes.” Paddy also pointed out he’d just walked out of the dressing room where: “I’ve just seen Ed Woodward with his arms around the manager, laughing and joking and celebrating the win.” Ed did you know the leak was about to happen, just like it did the last time you sacked a manager? Actually you are damned if you did and damned if you didn’t.  United are two for two during your reign. Both David Moyes and Van Gaal discovered via a call or text from their wife or friends they were about to be ex-United managers.

Is this the United way these days?

Eric Cantona gave an insightful interview to the Guardian on Tuesday in which he reflected on the marriage of business and football:

Is Cantona right Ed? Do you know more about the soul of the club and the community? Do you think the fans however much some of them disliked Van Gaal’s or Moyes’ football would agree with the way both found out they were about to be sacked?

“I love José Mourinho, but in terms of the type of football he plays I don’t think he is Manchester United, I love his personality, I love the passion he has for the game, his humour. He is very intelligent, he demands 100% of his players. And of course he wins things.

So here we are. Peek a boo. 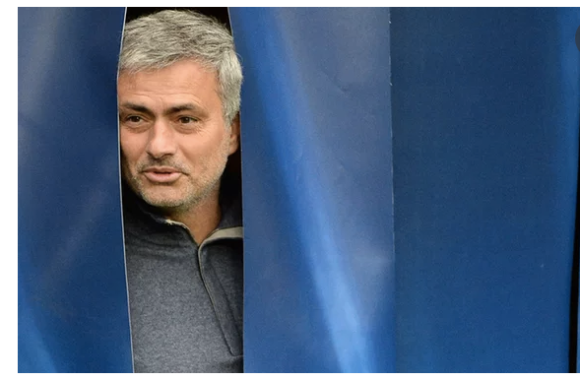 It’s likely Mourinho will be officially named by late Wednesday. The  transfer war chest is filled, new recruits will arrive. Zlatan? Matic? who knows who else because the list is endless. The media is ready, and where to begin? Let’s not forget the ready to be revved up feud with Pep Guardiola, and the not settled yet court case for unfair dismissal brought by Chelsea’s former team doctor Eva Carneiro. Mourinho may have to give evidence in that case when it begins June 6th. Now entering the dock the manager of Manchester United.

So in conclusion Ed, as noted, I had a great day watching the football at the final. The ongoing development of Rashford,  Martial, and Fosu-Mensa; the return of Shaw; and the retention of De Gea are all things to look forward to next season. I just wish I felt that 135 year old history of the club was in decent hands.