The Derby: Mourinho in search of Mancunian Macho 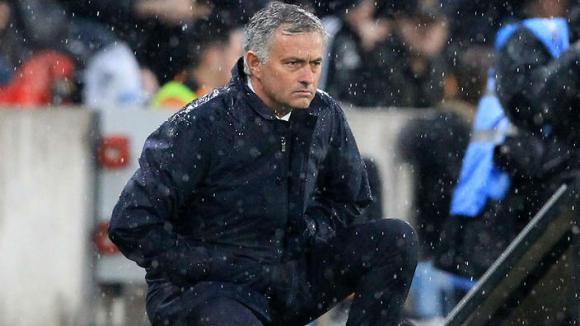 For the first time since he became United manager Jose Mourinho isn’t having everything his own way. Yes City will be Aguero-less next Saturday, but Mourinho too has his issues. International breaks are always a manager’s nightmare and Mourinho faces anxious days before he knows whether Mkhitaryan, Fellaini and Shaw will be fit, plus the South American trio of Valencia, Rojo and Romero do not return to Manchester until Friday. It’s a shame a match of this importance arrives now.

It would have been interesting to see Mourinho’s best team. Mkhitaryan’s injury is potentially a huge blow, as Paul Merson says of last year’s Bundesliga Player of The Year “…he is different gravy.” His and Rashford’s game changing introductions at Hull promise so much for the future. We had a glimpse of a very different United in that final half hour at Tiger Stadium. Pace and danger threatened from all angles. Admittedly Hull’s threadbare squad were tired but that last half hour of constant pressure was a hint of what this United squad can deliver, and Mkhitaryan’s skills were a potent ingredient.

City too have issues going into Saturday with question marks around the fitness of two of their big summer signings Gundogan and Sane, as well as Aguero elbowing himself out. Nonetheless De Bruyne, Sterling, Iheanacho and Silva are dangerous footballers and Guardiola’s swarming tiki-taka is taking root.

The press will go to to town this week on this first Mourinho -Guardiola show down. It’s irresistible. However the two “despise each other” yada yada may overshadow a gripping on field match-up. Mourinho’s Giants v Guardiola’s Swarm. United are the bookie’s favorites, and Mancunian Macho Bragging Rights are up for grabs. But more important are the three points and the opportunity of some early separation from a team that like it or not are the biggest threat to United’s championship ambitions. Even if injury and suspension dilute the firepower both squads are loaded and reinforced by their joint 300 million pound summer spending spree. United will have Old Trafford baying for the win and City aren’t built to play for a draw. It’s a match made for Mourinho, Zlatan and Pogba to deliver.

Meanwhile one sour and curious note out of Old Trafford this week. What numbskull authorized the removal of Matt Busby’s name plaques from his seats in the director’s box? You can understand why his grandchildren and descendants were moved to equally decent seats somewhere else, but removing the great man’s name from a seat? ***Update the club now say seats will be “updated” in the director’s box with Busby’s name matching the same style as seats with Sir Bobby Charlton and Sir Alex Ferguson’s names on them.