United come down to earth 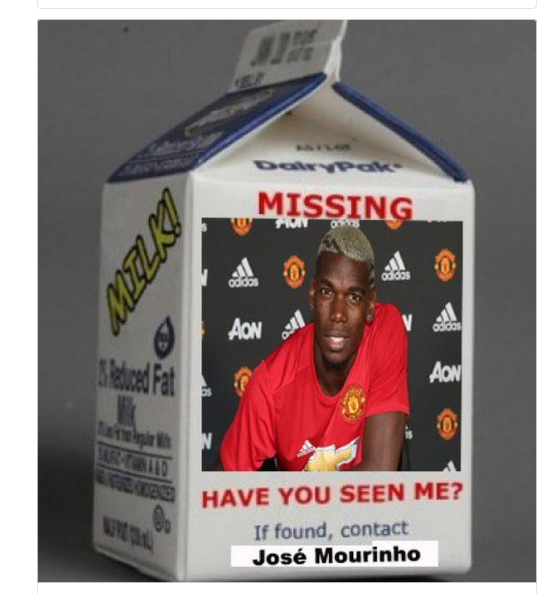 Let’s not waste any time. City fully deserved to win the derby. Mourinho picked the wrong team, and rightfully accepted he did. De Bruyne maybe the Premiere League’s best player. Fernandinho, Otamendi and Silva were outstanding.

So what did we and Mourinho learn? For a start the world’s most expensive player has to get fit. This was one game where Pogba’s size and power weren’t enough. When a team moves the ball around like City you have to get it back quickly, not give it away, and if you do you have to have the stamina to chase. Pogba is lacking on the latter. Seriously lacking.  Box to box midfielders are powerhouses who run all day.

Saturday was an intense test of fitness. Both teams were lagging late in the game. All credit to United and to Mourinho as City were taken out of their stride in the second half and made to work hard for their win, but when United needed Pogba he was gasping. In the first half he couldn’t keep up with City’s movement, in the second he was done.

Halftime of course was when Mkhitaryan and Lingard were hooked as City’s dominance and United’s impotence forced Mourinho to react and change.

In Mkhitaryan’s case the worry is what the ignominious 45 minutes does for his confidence? I got an e mail after the game from a friend who played at the highest level. He wrote:

“I don’t know much about him but to throw him straight into a Manchester ‘Derby’ after having not started any of their 3 league games as opposed to starting Rashford who is a local lad & would be inspired by the crowd AND the occasion was not fair on the Armenian.”

Indeed. The news after the match is that Mkhitaryan went for a scan on the thigh injury picked up in the International break.

As for Rashford, Mourinho has already pencilled him in to start in the Europa League game

away at Feyenoord on Thursday, when there will be whole scale changes to the starting 11. Presumably Zlatan, who made his wonderful goal on Saturday look simple and then contrived to miss a much easier chance minutes later, gets a rest. Maybe Rooney, Valencia and Blind too? Shaw is said to have picked up an injury, so any of Smalling, Jones, Rojo, Martial, Mata, Fosu Mensah, and Darmian, may all play.

Curiously I’m not depressed by the derby result, nor are the guys at  “Stretty News” . There’s obviously lots of work to be done. New players will again arrive in January, and maybe some of the kids will emerge. But nine points out of 12 is a solid start. it always hurts to lose to City, but as good as they were on Saturday they have a major weakness. All the other Premiere League coaches will have looked at Bravo’s sweeper keeper “performance” and smiled.

As my friend also wrote:

“I’ve listened to Guardiola’s post game comments & it sounds to me that he is desperate to boost Bravo’s confidence…he actually praised him…talk about being in denial!

The facts are that Bravo has played 70…YES only 70 games for Barcelona BEHIND one of the best teams in Spain…where there are maybe 3 teams who can win the league. Man City will not win the Premier League with him in goal”

If not City then who? United are obviously in transition, but they will give everyone a game this season. This squad is much, much improved. Mourinho will have learned a lot from this defeat. It’s very, very early.