Mourinho and The Einsteins, it’s all relative 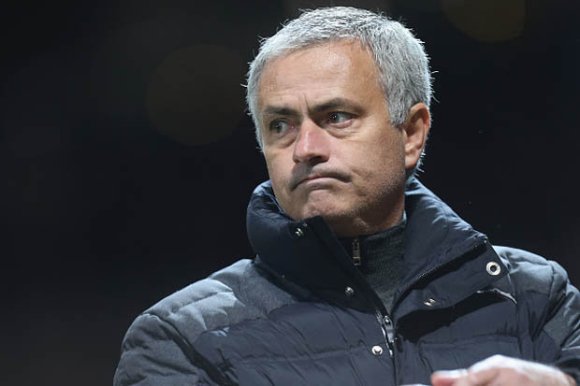 A week is a long time in football. The headlines after last Monday’s 0-0 Liverpool draw highlighted a disciplined, organized, typical Mourinho performance. After Thursday’s 4-1 win and the Paul Pogbaing of Fenerbahce the active adjective was “demolish.” Now it’s Humiliated!!!!!  following Sunday’s admittedly desperate 4-0 loss against Chelsea, and oh btw Pogba is now “embarrassing.”

Seven days, three games – from disciplined to diabolical. The  Einsteins are out in force again.  Martin Palazzotto whose commentary I often really enjoy at Stretty News sticks the knife in good and proper. Like a few others he’s calling for Jose Mourinho to be sacked.  C’mon Martin, he’s been in charge for 9 Premiere League games and lost 3. I didn’t want him either for a whole host of reasons; the incident with the Chelsea team Doc; the way his teams play; the reluctance to play youth; the meltdowns; the psychodrama; but now he’s the United manager and just as I argued for Van Gaal to be given time, Mourinho deserves time too. His return to Stamford Bridge was dreadful, truly, truly dreadful and the after match spat with Conte was pure Mourinho, an instant sideshow to deflect from the result. However, there is no instant cure at old Trafford. It took Alex Ferguson 5 years to build a championship winning side, and as Jacob Steinberg argues in the Guardian ,United need to think long term again.

Yes they have spent a galactic bundle. Yes it’s obscene how much players and managers are paid. Yes there is complete economic dislocation between the fans who might take a year to earn what Marcus Rashford earns in a week, or 10 years to pocket what Wayne Rooney does. Yes United are a global marketing machine and brand. Yes, yes, yes, yes to all the countless fair minded criticisms and calls for fan ownership,, a big YES on that one, because we are all right. But in the end it’s always about what happens on the pitch and Mourinho is charged with putting that right.

Next up of course is, oh, City on Wednesday in the League Cup. A derby when you least want it in a money-making irrelevant competition which if United lose will again unleash the Einsteins. That’s three of the League’s top 5 teams in 10 days. Two of them away. Two against the club’s fiercest rivals. After the coaching superpower club of Klopp and Conte now comes its figurehead, Guardiola. City, of course, are having their own issues. Wednesday couldn’t have come at a worse time for both clubs as both try to reassert themselves. But let someone else talk about City. What can Mourinho and United do?

There are plenty of questions. Who does Mourinho really trust? Where does the midfield balance come from? What has happened to Mikhitaryan? Why are Shaw, Darmian, Schneiderlin and even Martial sidelined?

Bailly’s loss with potentially a long term knee ligament injury is, of course, a major setback. Mourinho has to first and foremost reorganize his defence, re-establish some confidence, and refocus the troops. All by Wednesday night. My bet is Carrick brings stability in front of a back four of Valencia, Smalling, Blind and Shaw. Then we’re off to the races. Pogba, Rashford or Martial and Zlatan play. So two players out of Herrera, Mkhitaryan, Lingard, Mata, Young, and Schneiderlin. Fellaini is likely out. Where does the pace, mobility, steel, and dynamism come from? If it’s me Schneiderlin plays, and I go a very fluid 4-2-3-1

If it’s not obvious by now Sunday’s loss doesn’t distress me as much as others. There are good players at Old Trafford. More will arrive, and there are youngsters in the pipeline. Someone has to be given the time to mould these players into a team. It should be Mourinho. That’s why he was hired.

2 responses to Mourinho and The Einsteins, it’s all relative